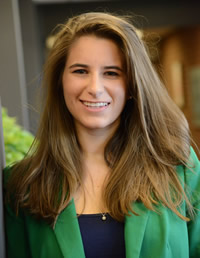 The program focused on the different constitutional identities of the constitutions of the United States and Germany, and the infrastructure and laws of the EU. We analyzed landmark cases such as Marbury v. Madison and the Lüth decision of the German Federal Constitutional Court under the various regimes, as well as the historical backgrounds of the different countries and constitutions.

At the end of the week, we toured the Federal Constitutional Court in Karlsruhe, Germany. While there, we were able to sit down with Judge Andreas Paulus of the Court's First Senate for a question and answer session about Judge Paulus's personal experiences, procedures of the Court, and recent Court decisions.

We spent that evening exploring Strasbourg, France, and sampled traditional Alsatian flammkuchen.  The final day of the trip, we visited the European Court of Human Rights. We were able to meet with an ECHR clerk who explained the inner-workings of the ECHR and then led a discussion about some of the major decisions of the Court. At the European Court for Human Rights

In addition to the challenging lectures and court visits, the trip held a constant current of fun, cultural exchange. We watched American and German movies and spent quite a few lunches at the döner shop across the street from the university. On the final evening of the trip, we attended a modern adaptation of Händel's Giulio Cesare in Egitto at the Frankfurt Opera House before parting with our new German friends.