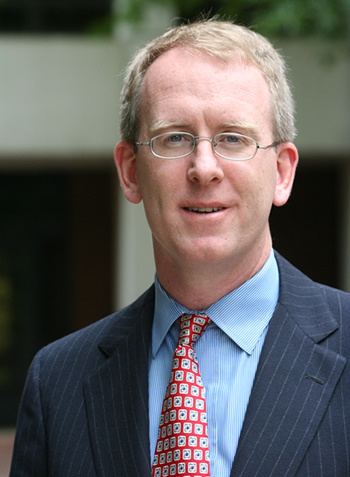 J.D. King is the James P. Morefield Professor of Law, the Director of the Criminal Justice Clinic, and the Director of Experiential Education at Washington and Lee School of Law.  In addition to designing and supervising the Criminal Justice Clinic, J.D. teaches Criminal Procedure and Evidence. His scholarship focuses on indigent criminal defense systems and the right to counsel, as well as criminal defense and prosecution ethics. Before joining W&L in 2008, J.D. was a supervising attorney at the Public Defender Service for the District of Columbia. He has a B.A. in History and Religious Studies from Brown University, a J.D. from the University of Michigan Law School, and a LL.M. in Advocacy from Georgetown University Law Center.

Prior to teaching, in addition to his work as a public defender, J.D. was a law clerk to United States District Judge Richard H. Kyle in Minnesota, a Prettyman Fellow in Trial Advocacy at Georgetown University Law Center, and a court-appointed criminal defense lawyer in United States District Court for the District of Wyoming. J.D. was a Fulbright Scholar in Chile in 2014, where he taught at the Universidad Viña del Mar and conducted research on the role of the public defender in Chile's criminal justice system.