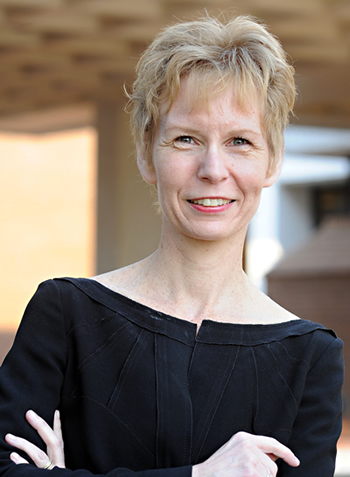 Nora Demleitner received her J.D. from Yale Law School, her B.A. from Bates College, and an LL.M. with distinction in International and Comparative Law from Georgetown University Law Center. After law school Demleitner clerked for the Hon. Samuel A. Alito, Jr., then a member of the U.S. Court of Appeals for the Third Circuit. She testified in front of the U.S. Senate on behalf of Justice Alito's nomination to the U.S. Supreme Court.

Demleitner teaches and has written widely in the areas of criminal, comparative, and immigration law. Her special expertise is in sentencing and collateral sentencing consequences. At conferences around the country she regularly speaks on sentencing matters, often in a comparative context, and on issues pertaining to the state of legal education.

Demleitner has also lectured widely in Europe. She has served as a visiting professor at the University of Michigan Law School, the University of Freiburg, Germany, St. Thomas University School of Law in Miami, and the Sant' Anna Institute of Advanced Research in Pisa, Italy. In addition, she has been a visiting researcher at the Max-Planck-Institute for Foreign and International Criminal Law in Germany, funded by a German Academic Exchange Service grant.

Demleitner is an editor of the Federal Sentencing Reporter, and serves on the executive editorial board of the American Journal of Comparative Law. She is the lead author of Sentencing Law and Policy, a major casebook on sentencing law, published by Aspen Law & Business. Her articles have appeared in the Stanford, Michigan, and Minnesota law reviews, among others.

How to Change the Philosophy and Practice of Probation and Supervised Release: Data Analytics, Cost Control, Focus on Reentry, and a Clear Mission (Nora V. Demleitner) Federal Sentencing Reporter (2016)