Being a FirstGen Student at W&L Law

Fifteen percent of Washington and Lee Law's current 1L and 2L classes identify as first generation college graduates. We asked several of these students, who attended different undergraduate institutions across the country, to share their thoughts on transitioning to law school.

"I think that sometimes there is a little bit more of a taboo on being a first generation student in an advanced program," Lauren Robertson said. The fear of looking less qualified can sometimes prevent those students from asking questions and getting the help they need, she added.

"But being confident and bold enough to say, 'Hey, I don't have a background in this, I don't understand this general area,' and then having a community of people that are eager and willing to help, it's going to make it that much easier," she said.

After graduating from Florida State University, Robertson said that she relied heavily on law admissions staff to get her questions answered for the next step in her education. She was also regularly interacting with lawyers as a part of her job for an insurance company, so she solicited help from them.

"I would kind of go out of my way to awkwardly ask people, like, 'hey, I know you're doing this, and I'm actually planning on going to law school,' so it's good to find resources that are a step beyond the family."

Robertson was also grateful for institutions' growing acknowledgement of the difficulties that first generation students face; she said that, for applications to W&L Law and other schools, there were designated spaces to mark whether or not you were a first gen. She saw this as a positive development for future first gen students. 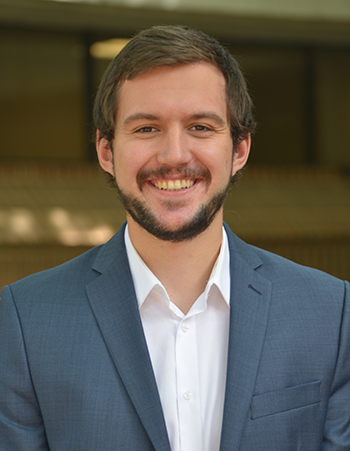 Nick Abaev immigrated to the United States from Belarus when he was in high school.

"I'll just say, back then, I was a horrible student," he said, laughing. "Because it's like, you grow up in a country where economic opportunities are pretty- you know-horrible, so I wasn't motivated to do well in school. "

Abaev later went to a technical school in Minnesota. He hated it, and dropped out to enroll in community college, where he rekindled a long-standing interest in history. He took pre-law classes only to fill a requirement.

Abaev took two years off after graduation, working at a law firm and driving a truck to earn a living. He would visit law schools in the places where he was due to make deliveries.

"W&L was the best place to go," Abaev said. He cited the scholarship that he had received, saying that limiting his debt load was an important part of the decision-making process. "Plus I love the admissions people here. Overall the culture here is very homey, welcoming, and that was a big factor of why I chose to come here."

Abaev said that being a first generation student was challenging because he couldn't turn to his parents for guidance or professional connections.

"But then again, I think at the same time, it's kind of like my asset, because it makes me more self-reliant," Abaev said. "And it's on me, I have to push myself, so I think it's not necessarily a bad thing that I'm a first gen; I think it's a good quality." 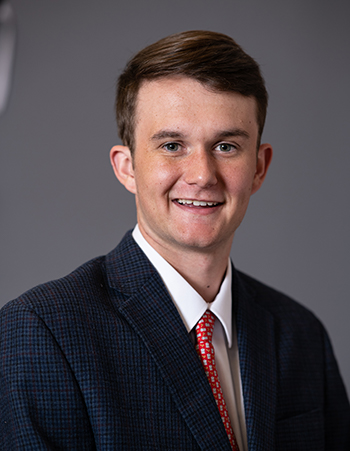 Landen Benson grew up in Arkansas in a district where public education was, in his words, limited. However, his family always encouraged his scholarly aspirations. After moving to Athens, GA, in middle school, Benson fell into one of the best school districts in the state. The move changed his estimation of what was possible for him.

"I saw other people achieving things from the same position I was in," Benson explained. "It was a very normal expectation for everyone that went to my high school to go to college, so community set those expectations."

Benson went to college at the University of George and finished in three years. Then his mentor, a law student at Georgia, helped him apply to law schools.

After he chose W&L, Benson said that he was still somewhat wary of feeling out of place in an elite environment.

"I definitely think that there's this assumption that private institutions kind of cultivate more elite people," he explained. "But I quickly found that that wasn't true when I came to W&L- even though there are plenty of people [here] that went to Ivy Leagues, or came from parents who were doctors or attorneys or whatever-obviously admissions all over the country are trying to recruit a diverse class. "

Benson said that, although the work has been hard, he hasn't felt at sea either as a first gen student or as a student with little work experience, who chose to attend law school right after college.

"The classes are designed where you're not at a disadvantage if you don't have outside knowledge; that's what I would say to another first gen student [looking to attend law school]." 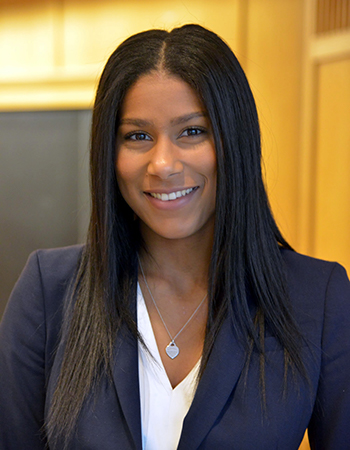 Simone Washington, a 2L from Vermont, shared that, although she knew she wanted to go to law school, she had no advice on how to apply to schools that were within her reach financially.

"I expected that there would be no financial aid and struggled to figure out how the admissions stats of various schools would apply to me," she said. "The financial aspect of applying to and attending law school prevented me from even taking the LSAT for two years."

Once at W&L Law, Washington said that she found peer mentors through the Black Law Students Association (BLSA), a student organization on campus, and through faculty members.

"Being a member of the W&L community is a special opportunity because you regularly have access to all sorts of faculty and resources, "she said. "Everyone gets to know you personally and wants to see you succeed."

She would advise other first generation students not to be afraid to reach out to all the resources available to you to ask questions.

"Remember that people want to help and no question is too small or silly." 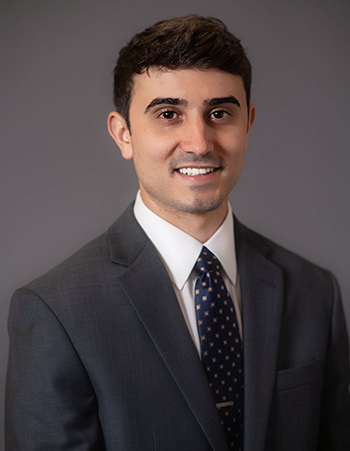 After graduating high school, Ralph Martinez hesitated to go to college. He then served six years in the military, moving all over the southwest, with a year in Korea before being stationed in South Carolina. Three years into his placement, though, he decided that he wanted to attend college while remaining on active duty. After gathering together college credits at two different schools, he decided to test his metal as a law student.

"I pretty much felt like I was kind of alone on it. My family couldn't really give me any kind of guidance," he said. W&L Law was a "no brainer" for him, since it participates in the yellow ribbon program which uses the G.I. bill to pay the full amount of graduate education.

"She was great in helping me to adapt my writing style, because I double majored in poly-sci and philosophy in undergrad and that calls for a very different kind of writing," he explained. "So I was like still using that lengthy, unnecessary, flowery format, and she helped me cut it down."

For a first generation student looking to attend law school, his advice was to make double sure that a career in the law was desirable in the first place.

"Come prepared and know why you came here," he said. "That way when it gets hard you can fall back on your reasons for being here." 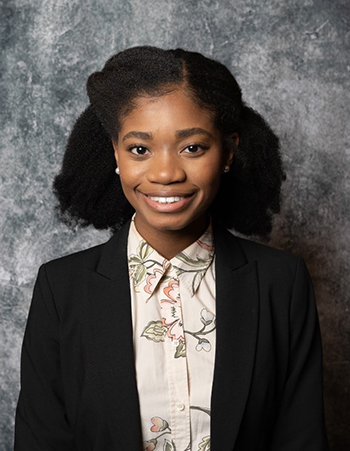 "Being a first generation college student means my ancestors paved enough of a path for me to make things easier for the generations that follow," Raven Burks said.

Burks has found mentorship through the Black Law Students Association (BLSA) which has made her transition to law school easier.

"They have a 1L mentorship program that helps me get access to advice from students and faculty members," she said. "They even host multiple sessions throughout the semester to aid 1Ls with navigating through law school."

Burks said that she had no idea what to expect during the application process, but that she eventually found resources designated for first generation students, it was just up to she to find it.

She advised other first generation students looking to attend law school to talk to anyone and everyone-alumni, admissions offices, financial aid offices, and current students-which could help them navigate the process.

"Transparency helps in certain situations," she added. "Schools are more helpful when they realize that certain things are inaccessible to you because of financial barriers." 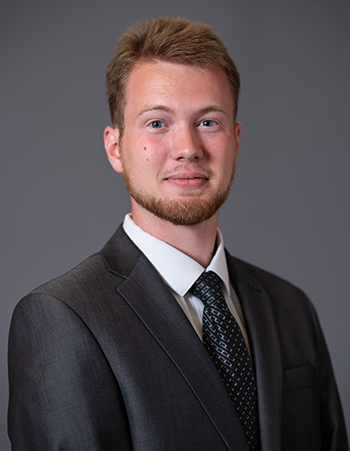 "When it comes to being the first member of my family not only to go to a university but also to go to law school, there's some pressure there, obviously," Morgan Dykstra said. "But for me it was liberating... I could go anywhere and not have any ties that were not my own."

Dykstra, who grew up in Canada, said he first discovered W&L Law while reading a biography of George Washington. The name stuck in his mind when he applied to law schools later, prompting him to send out one American law application among several for schools in Canada.

At W&L Law, he's attended events hosted by the Federalist Society, the Christian Law Society, and the W&L Veteran's Advocates, which have helped him get connected within the community.

"And while I can't really talk about individual help or support, I can just talk about almost countless acts of courtesy, the going above and beyond what's necessary, that contrasts a lot with my undergrad and where I went for my master's," he said.

Dykstra would advise other first generation law students not to feel too much pressure or awkwardness as a result of their background.

"I don't think it matters whether you don't have any family members that have gone to law school, or if all your great-grandfathers were judges," he said.  "We're all law students, we all have the same work assignments, we all have to develop the same work ethic, so focus on developing the traits or the skills that you will need to get through law school, don't worry about what separates you momentarily from some of your peers."