Professor Chris Seaman presented a new work-in-progress entitled “Noncompete Agreements and Other Post-Employment Restraints on Competition: Empirical Evidence from Trade Secret Litigation,” at the U.S. Patent and Trademark Office in Alexandria, VA, on April 12, 2019.  Professor Seaman’s presentation was part of the Roundtable on Empirical Methods in Intellectual Property, which is intended to give … END_OF_DOCUMENT_TOKEN_TO_BE_REPLACED

A new article by Washington and Lee law professor Sam Calhoun, published in the Washington and Lee Law Review Online, is a top ten download on SSRN. The article, “If Separation of Church and State Doesn’t Demand Separating Religion from Politics, Does Christian Doctrine Require It?,” is a response to several reactions to Prof. Calhoun’s … END_OF_DOCUMENT_TOKEN_TO_BE_REPLACED 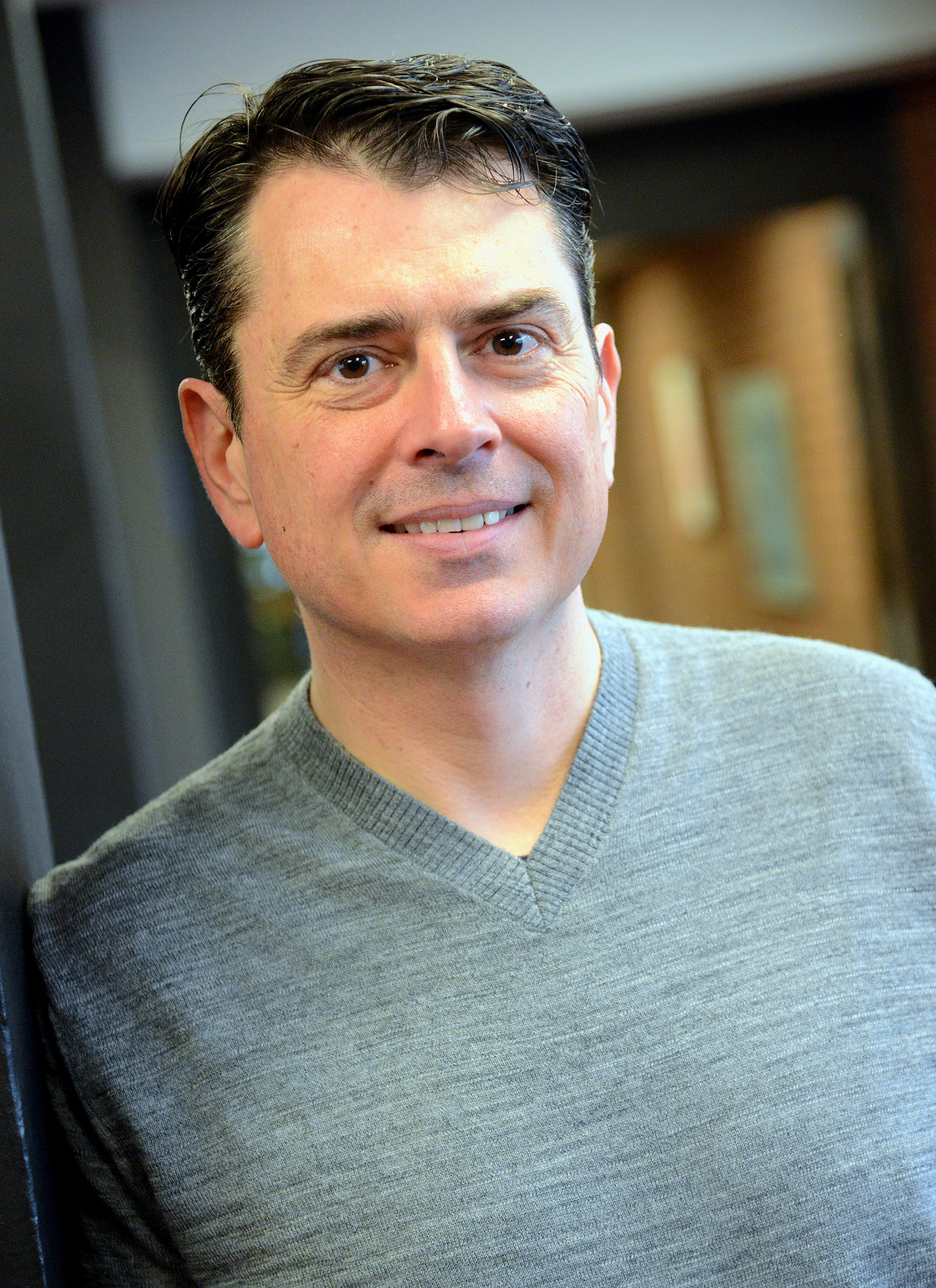 Professor Mark Drumbl Lectures in Cambridge and The Hague

Mark Drumbl gave a public lecture at Cambridge University on January 18, 2019. He presented his research on the war crime of intentional destruction of cultural property. Audio of the lecture is available here. Publication of this project is forthcoming in the Journal of International Criminal Justice. Drumbl begins in Timbuktu, Mali, where in 2012 … END_OF_DOCUMENT_TOKEN_TO_BE_REPLACED 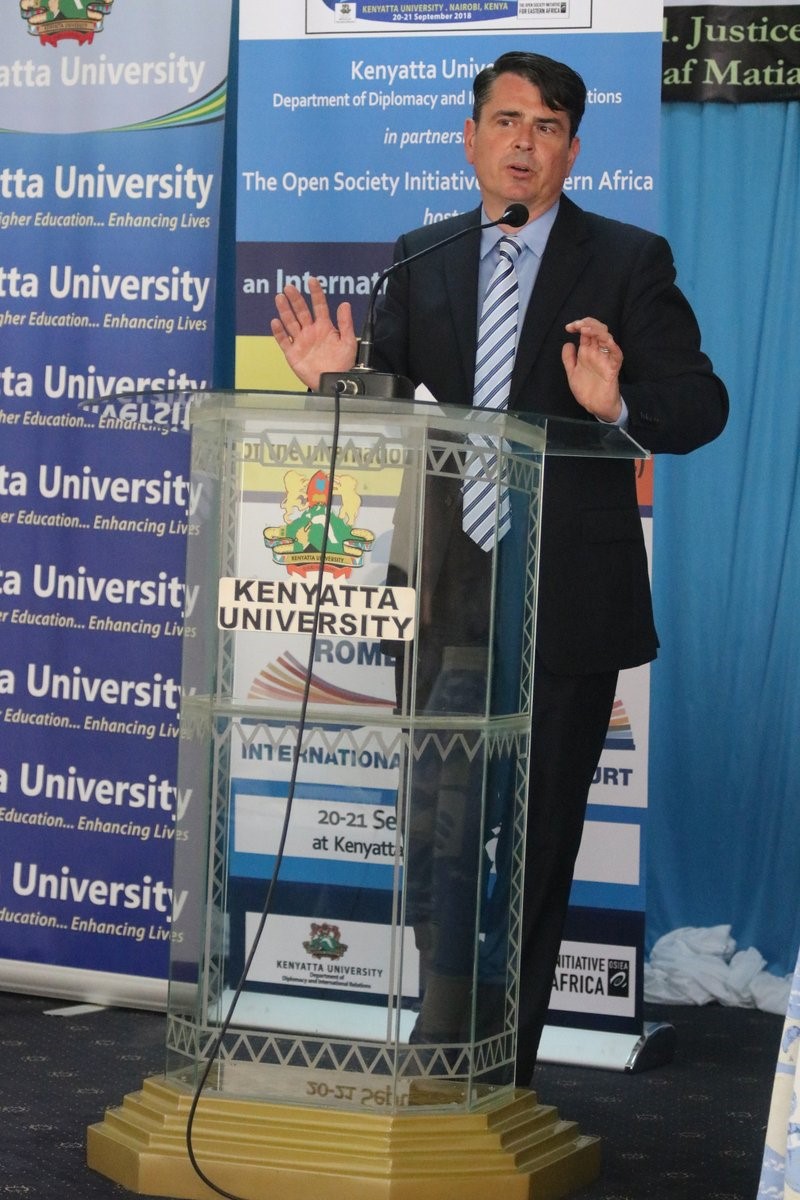 Mark Drumbl taught an intensive course on ‘Victims, International Law, and Mass Atrocity’ at Monash University in Melbourne Australia in August 2018. While there, he also had a chance to visit Griffith University in Brisbane Australia where he participated in a book launch and also gave a talk on a recent project he has begun … END_OF_DOCUMENT_TOKEN_TO_BE_REPLACED 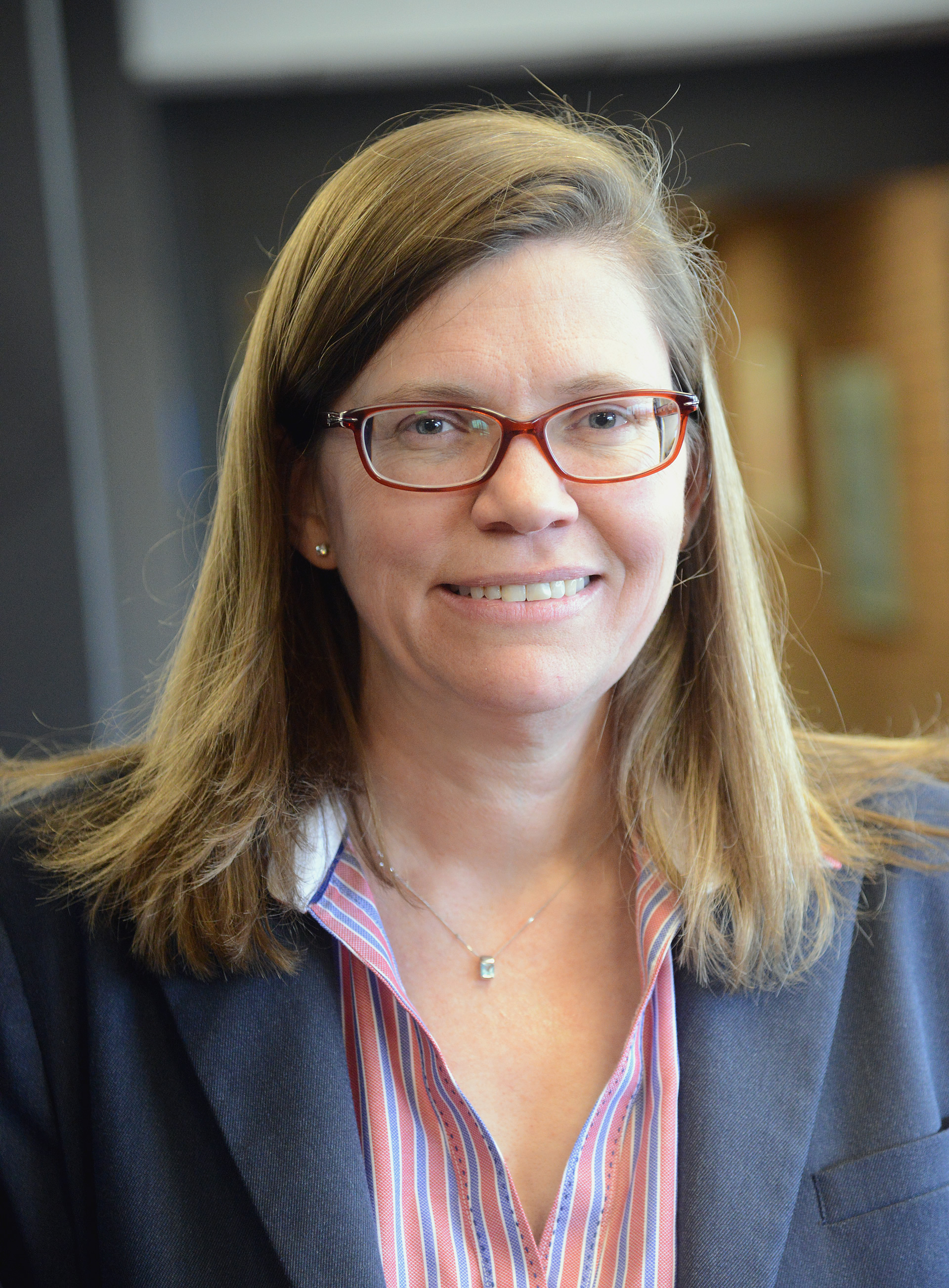 Notwithstanding the extent to which scholars, lawyers, and community organizers are broadening their contestations of the criminal justice system, they have paid insufficient attention to federal sentencing regimes. Part of the reason for this is that sentencing is a “back-end” criminal justice problem and much of our nation’s focus on criminal justice issues privileges “front-end” problems like policing. Another explanation might be that the rules governing sentencing are complex and cannot be easily rearticulated in the form of political soundbites. Yet sentencing regimes are a criminal justice domain in which inequalities abound—and in ways that raise profound questions about fairness, due process, and justice. This is particularly true regarding the draconian conditions placed on federal prisoners’ abilities to challenge their unlawful sentences under 28 U.S.C. § 2255. A federal prisoner’s sentence is unlawful when courts—the Supreme Court or a controlling circuit court—wrongly interpret a statute that significantly enhanced the prisoner’s sentencing range. After the person is sentenced and files a direct appeal and initial 28 U.S.C. § 2255 motion, the court corrects its errors and determines that correction to be retroactive. The federal prisoner returns to the sentencing court and requests to be sentenced under the correct, unenhanced sentencing range, as the original sentence is no longer authorized by law. There is a deep circuit split regarding whether federal prisoners may seek post-conviction relief for these sentencing claims under the savings clause, 28 U.S.C. § 2255(e)—the procedural vehicle that allows federal prisoners access to the court to challenge an unlawful sentence under the general habeas statute, 28 U.S.C. § 2241. This Article’s significance is twofold. First, because courts have struggled to discern the meaning of the savings clause, this Article provides a text-based interpretation of section 2255(e) that is grounded in the statute’s text and is consistent with its structure and purpose. Second, this Article proposes a doctrinal test that courts should adopt in analyzing sentencing claims brought under the savings clause. Specifically, this Article proposes that relief under the savings clause is appropriate when the claim relies on a retroactively applicable decision of statutory interpretation, the claim was foreclosed by binding precedent at the time of the initial section 2255 motion, and the claim involves a fundamental defect in the sentence. This Article contends that any error that alters the statutory range Congress prescribed for punishment—the ceiling or the floor—raises separation of powers and due process concerns and is thus a fundamental defect in criminal proceedings. In short, federal prisoners should be able to access courts to raise their sentencing claims consistent with this Article’s proposal.

Purpose – This article aims to examine two important foreign legal research resources, Foreign Law Guide and Globalex, under the Ellis’s information search process model. Design/methodology/approach – This article proceeds in three sections. Part I establishes the evaluation framework based on Ellis’s information search process model, incorporating special demands arising out of foreign legal research. Part II evaluates the two reference resources under the framework established in Part I. Part III summarizes the major features and accessibility of both the databases. Findings – Generally speaking, both Foreign Law Guide and Globalex are great reference resources for researching a foreign jurisdiction through the lens of Ellis’s model of information-seeking process and ultimately solve legal research problems. One shortcoming to highlight is that neither resource tends to provide adequate current awareness tools for researchers. Current awareness tools are important for the monitoring process under the Ellis’s model, and therefore the lack of adequate current awareness tools should be something to keep in mind while utilizing either or both resources. Originality/value – Ellis’s model is a well-established model for the information-seeking process. Both Foreign Law Guide and Globalex are popular foreign legal research resources. Therefore, the originality and major value of this article is that it is the first article that examines both foreign legal research resource under the Ellis’s model.

This amicus brief was filed on behalf of several intellectual property law professors in Halo v. Pulse and Stryker v. Zimmer regarding the appropriate standard for enhancing (increasing) damages under section 284 of the Patent Act, 35 U.S.C. § 284. It advances three primary arguments. First, it asserts that in light of the history of the statutory text and judicial precedent, willful infringement is the appropriate standard (and thus the only valid basis) for awarding enhanced damages under § 284. Second, it contends that Federal Circuit’s two-part, objective/subjective test for determining willfulness articulated in In re Seagate Technology, LLC, 497 F.3d 1370 (Fed. Cir. 2007), is incorrect as a matter of law because this test is overly rigid and inflexible, particularly in light of the Supreme Court’s recent decision in Octane Fitness v. ICON Health & Fitness, Inc. 134 S. Ct. 1749 (2014), that rejected a similar test for attorney fee awards under § 284. Third, it argues that the Court should conclude the correct test for determining willfulness — and thus eligibility for enhanced damages — is that the infringer has at least recklessly violated the patentee’s rights under a totality of the circumstances

Military Commissions and Courts-Martial: A Brief Discussion of the Constitutional and Jurisdictional Distinctions Between the Two Courts

Professors Do Not Provide Childs Support

In "Structuring Legal Fees Without Annuities: Offspring of Childs," Tax Notes, July 20, 2015, p. 341 , Robert W. Wood argues that Childs v. Commissioner, 103 T.C. 634 (1994), provides tremendous investment flexibility for plaintiffs' lawyers who choose to invest their contingent fees in tax-favored structured attorney fee products. Likewise, Gerald Nowotny has recently noted that the Childs case allows those lawyers to invest their contingent fees in private placement variable annuities. We agree with Wood and Nowotny. In fact, the reasoning of Childs would allow any taxpayer in any industry to use similar vehicles to invest items of gross income on a tax-deferred basis using any investment strategy they desire. For that reason, we have dubbed these Childs-based structures "super-IRAs." They provide the same tax benefits and investment flexibility as traditional IRAs but without any contribution limits, restrictions on early distributions, or required minimum distributions.