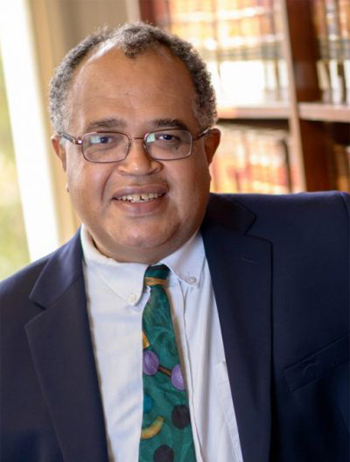 Ben Davis serves as a visiting professor at W&L Law in the spring and fall of 2022. Professor Davis is an emeritus faculty member at the University of Toledo College of Law. Professor Davis teaches in the areas of contracts, commercial law, alternative dispute resolution, arbitration, public international law, and international business transactions.

Between 1983 and 1986, Professor Davis worked in Paris, France as a development consultant in West Africa, and as a strategic business consultant with Mars & Co in Europe. In 1986, he became the American Legal Counsel at the International Court of Arbitration of the International Chamber of Commerce (ICC) where he supervised directly or indirectly over 5000 international commercial arbitration and mediation cases, made filings before courts around the world on behalf of the ICC, assisted with the drafting of arbitration laws in countries such as India and Sri Lanka, and led conferences in Eastern and Western Europe, North America, and Asia. In 1996, he was promoted to director, conference programs and manager of the Institute of World Business Law where he organized training sessions on international contracts, dispute resolution, project finance, and electronic commerce.

In 2022, the French Republic named him to the Chevalier rank in the Ordre des Palmes Academiques, a decoration dating back to 1808, for services rendered to France, its language, and its culture in the United States.

Professor Davis is a graduate of Harvard College (A.B.), Harvard Law School (J.D.), and Harvard Business School (M.B.A.) where he was articles editor of the Harvard International Law Journal.