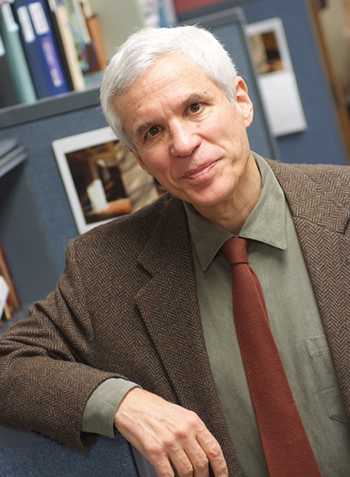 David Bruck has directed Washington and Lee's death penalty defense clinic, the Virginia Capital Case Clearinghouse, since 2004.   Prior to coming to W&L, Bruck practiced criminal law in South Carolina for 28 years, and specialized in the defense of capital cases at the trial, appellate and post-conviction stages. Over the course of his career, he has served as Richland County (Columbia, S.C.) Public Defender, as Chief Attorney of the South Carolina Office of Appellate Defense, and since 1992 as Federal Death Penalty Resource Counsel to the federal defender system nationwide.

Bruck has argued seven death penalty cases in the United States Supreme Court, including Skipper v. South Carolina, 476 U.S. 1 (1986), and Simmons v. South Carolina, 512 U.S. 154 (1994), and over 70 capital appeals in state and lower federal courts. He has represented capital defendants at trial in more than 20 cases, including State v. Susan Smith (1995), in which he and co-counsel Judy Clarke obtained a life sentence after their client was convicted of drowning her two small children.

Bruck has testified before U.S. Congressional committees on death penalty-related legislation on nine occasions, has presented CLE trainings and federal judicial workshops on capital litigation in more than thirty states and U.S. territories, and since 2005 has served as Chair of the National Consortium for Capital Defense Training.   In 1996 the ABA Section of Litigation selected Bruck to receive the John Minor Wisdom Public Service & Professionalism Award, and in 2001 he received the Significant Contributions to Criminal Justice Award from the California Attorneys for Criminal Justice.