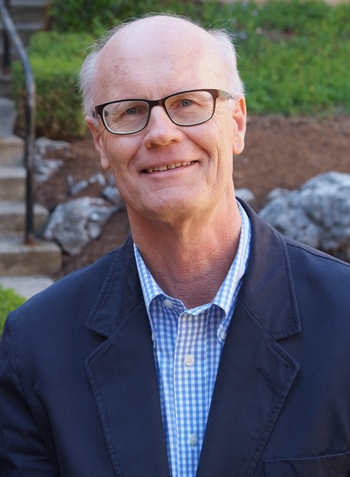 Professor Johnson has taught at the School of Law since 1985, and since 1995 he has held the Robert O. Bentley professorship.  Beginning in 2008, he also has held an appointment to the faculty of the University of St. Thomas School of Law in Minneapolis, where he holds the LeJeune Distinguished Chair in Law.  Over the years, he has taught business associations, securities regulation, corporate finance, and business planning courses.

Professor Johnson's scholarship is in the business law area, and it has appeared in such journals, among others, as the Boston University Law Review, Columbia Law Review, Michigan Law Review, George Washington Law Review, The Business Lawyer, The Delaware Journal of Corporate Law, The Journal of Corporation Law, Vanderbilt Law Review, and the Texas Law Review.   His scholarship has been cited by judges, in their own scholarly writings, presentations, and in judicial decisions, including in In re the Walt Disney Company Derivative Litigation, 2005 WL 2056651 (Del. Ch. 2005), where two of his articles on fiduciary duties were cited.  His article on the business judgment rule was voted by American corporate law professors to be one of the "Top 10" corporate and securities law articles in the country for the year 2005.  He has spoken at dozens of conferences around the country on a broad range of topics.  Professor Johnson has served as an expert witness for, or advisor to, many different law firms on numerous significant business law and securities issues.

Professor Johnson is a member of The American Law Institute, where currently he is a member of the Consultative Group for the Principles of The Law of Nonprofit Organizations project, a project addressing director and officer fiduciary duties.  He is also a member of the Business Associations section and the Socio-Economics section of the Association of American Law Schools (AALS).  He is Chair-Elect of the AALS Section of Agency, Partnerships, and Limited Liability Companies, and since 2009 he has served on the Executive Committee for that Section.  He is a founding Executive Committee member for the new AALS Section on Transactional Lawyering.