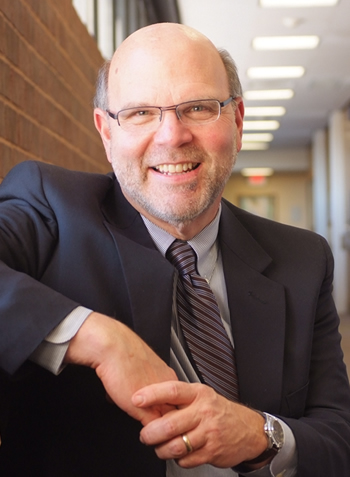 Mark Grunewald, the James P. Morefield Professor of Law at Washington and Lee University. Grunewald has been a member of the law faculty since 1976, and has taught and written widely in the areas of labor and employment law and administrative law. He served as associate dean from 1992 to 1996 and as interim dean from 1999-2000 and again from 2010-2012.

Prior to joining the W&L faculty, he was an attorney in the U.S. Department of Justice, Office of Legal Counsel, and before that, an associate in the Washington, D.C. law firm of Arent, Fox, Kitner, Plotkin & Kahn.