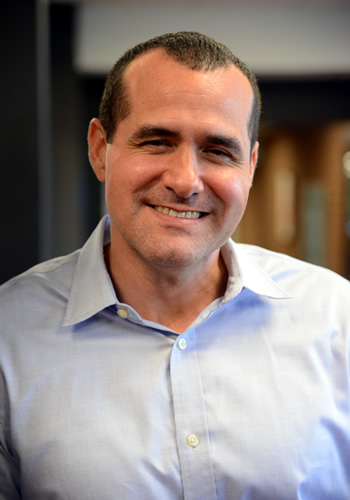 Professor David C. Baluarte joined W&L Law as a clinical professor in 2013. Professor Baluarte teaches and writes about topics ranging from immigration, refugees and stateless persons, and transnational law with a specific focus on international human rights law and practice. Professor Baluarte is the Director of the Immigrant Rights Clinic, an experiential offering at W&L that enlists second and third year law students as the primary representatives for non-citizens in their immigration matters. Professor Baluarte has a particular interest in asylum and refugee protection, and students in the W&L IRC defend their clients from deportation by building cases for these and other humanitarian defenses against removal. Professor Baluarte also teaches Immigration Law, the Litigation Immersion, and has previously taught Transnational Law as well as the International Human Rights Law Practicum at W&L.

Professor Baluarte is an expert in the area of statelessness. He has acted as the lead researcher and project director for the UN High Commissioner for Refugees (UNHCR) on a variety of initiatives to identify and protect stateless persons in the United States and the Caribbean. Most notably, he performed a study of statelessness in the US that led to the publication of the UNHCR and Open Society Justice Initiative (OSJI) report Citizens of Nowhere, and he subsequently established a pilot law clinic to provide pro bono legal services to stateless persons in the US. Baluarte also directed a UNHCR funded project to establish a nationality rights clinic in The Bahamas, and acted as counsel on two cases decided by the Inter-American Court of Human Rights against the Dominican Republic on the issue of nationality rights and statelessness.

In 2017, Professor Baluarte received a U.S. Senior Scholar Award from Fulbright to engage in teaching and research at the University of Buenos Aires (UBA) Law School in Argentina. He accompanied the work of the immigration clinic at UBA Law, housed in the Argentine Commission for Refugees and Migrants (CAREF in Spanish). Baluarte researched the development of Argentine immigration law, with a specific focus on the effects of a restrictive January 2017 Decree Law, and explored the specific difficulties faced by refugees and stateless persons in Argentina.

Before beginning his teaching career, Professor Baluarte served as a staff attorney in the Immigration Unit the U.S. Court of Appeals for the Second Circuit and as a staff attorney at the Center for Justice and International Law (CEJIL).  Professor Baluarte earned his J.D. from American University Washington College of Law, where he was a Public Interest and Public Service (PIPS) Scholar, and his B.A. from Brown University.

Family in the Balance: Barton v. Barr and the Systematic Violation of the Right to Family Life in U.S. Immigration Enforcement, William and Mary Journal of Race, Gender and Social Justice (2020).

The Risk of Statelessness: Reasserting a Rule for the Protection of the Right to Nationality, Yale Human Rights and Development Journal (2017)

Life after Limbo: Stateless Persons in the United States and the Role of International Protection in Achieving a Legal Solution, Georgetown Immigration Law Journal (2015)