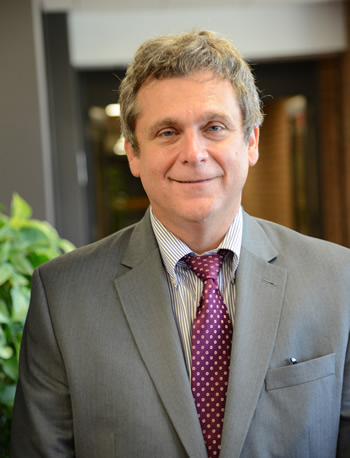 Professor Eggert is teaching Legal Methods and Conflict of Laws in the fall, as well as working with 1Ls in the Academic Success program.  In the Spring, he is teaching Property.  Professor Eggert has in the past at W&L also taught Torts, Legal Writing, and the third year immersion programs (both Litigation and Corporate).

From 1984-2008, Professor Eggert was a litigator at the law firm of Arnold & Porter LLP in Washington, D.C. with a particular focus on antitrust and products liability matters. Among his most significant matters were (1) a pro bono lawsuit that successfully challenged a federal Bureau of Prisons regulation that prohibited "jailhouse lawyers" from possessing the legal materials of the inmates they were assisting (Farmer v. Federal Bureau of Prisons), (2) dismissal in mid-trial of an international criminal price-fixing case on the ground that the government did not provide sufficient evidence of a price-fixing conspiracy (United States v. General Electric Co.), (3) one of the first cases establishing the "market power" requirement in vertical restraint antitrust cases under Section One of the Sherman Act (Assam Drug. Co. v. Miller Brewing Co.), (4) an appeal resulting in reversal of the largest punitive damages award in U.S. history (Engle v. Philip Morris), and (5) an appeal resulting in dismissal of a $280 billion disgorgement claim on the ground that the civil RICO statute does not permit the remedy of disgorgement (United States v. Philip Morris). Professor Eggert also supervised a legal program by which Arnold and Porter LLP attorneys provided legal assistance to homeless women in Washington, DC.  During a sabbatical for several months in 2001, Professor Eggert volunteered with the International Justice Mission in Thailand and worked on human trafficking/slavery cases and obtaining Thai citizenship and educational and health benefits for members of various Hill Tribes.

Professor Eggert has published articles in the area of antitrust and on the so-called national security exception to the Fourth Amendment's warrant requirement. His academic and professional interests include efforts against human trafficking and slavery, competition law, international and domestic religious liberty, litigation and civil procedure, evidence, appellate advocacy, encouragement of domestic and international pro bono activity by the legal profession, international human rights (with a focus on North Korea), Takings Law, and clinical training of law students and young lawyers.

Professor Eggert is also the Vice President and a member of the Board of Justice Ventures International, an NGO that partners with groups in India and China to bring about justice for victims of human trafficking, urban poverty, and other serious injustices. He has coordinated the organization's China programs, participates in legal training for staff, and has in the past directed the organization's development efforts. Professor Eggert is also the Chairman of the Board of Directors of NewBridges Immigrant Resource Center, a non-profit located in Harrisonburg devoted to providing legal and other assistance to refugees and other immigrants.  In addition he serves on the Committee for Young Life in Harrisonburg-Rockingham County. He is a member of Eastside Church in Harrisonburg.

Professor Eggert lives in Harrisonburg, Virginia with his wife (a nurse practitioner) and children.