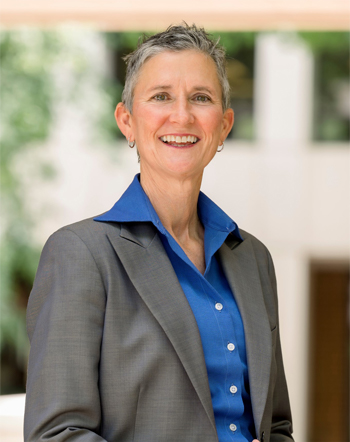 Melanie D. Wilson is the dean of Washington and Lee University's School of Law, and holds the Roy L. Steinheimer, Jr., Professorship in Law. Wilson joined W&L on July 1, 2022.

Wilson is a highly respected scholar and teacher. She writes and teaches about issues of criminal procedure, focusing on the Fourth Amendment, the Sixth Amendment, and prosecutors. Wilson is the author of multiple books and law review articles on these subjects. She coauthors Criminal Procedure, Ninth Edition (Carolina Academic Press 2020), with Emeritus Professor Paul Marcus of the College of William and Mary. Her scholarship has also appeared in outstanding scholarly journals, such as the Iowa Law Review, the Utah Law Review, the Hastings Law Journal, Northwestern University Law Review Online, and many others.