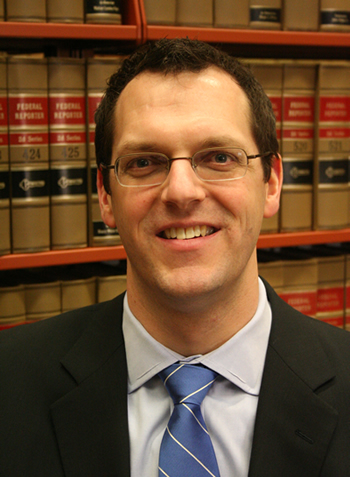 Russell Miller joined the Washington and Lee law faculty in 2008. His teaching and scholarly research focuses on public law subjects (Constitutional Law, Administrative Law, International Law), Comparative Law Theory and Methods, and German Law and Legal Culture.  Previously, he taught at the University of Idaho College of Law.  He often has been a guest professor in Germany.  Alongside his work at the School of Law, Professor Miller has a joint-appointment as Lecturer in Literature in Washington and Lee University's undergraduate College.  In that position he works extensively with colleagues and students in W&L's German and Russian Department.

Professor Miller, a recognized expert in German Law and Legal Culture, is the author/editor of a number of books in the fields of comparative law and international law. His books are listed to the right.

Professor Miller is the co-founder and Co-Editor in Chief of the German Law Journal, an on-line, English-language journal reporting on developments in German, European and International jurisprudence.  Now in its second decade, the German Law Journal is one of the most successful and innovative fora for legal scholarship from a transnational perspective.  Washington and Lee University law students contribute to the production and administration of the German Law Journal.  They also participate in the Journal's scholarly programming, including the annual Transatlantic Seminar held in Frankfurt, Germany.

Professor Miller has contributed to or been quoted or cited in a number of global media sources, including The Los Angeles Times, the Frankfurter Allgemeine Zeitung, Reuters, and Der Spiegel.

Russell A. Miller, Panel Presentation at CATO Policy Forum (Washington, April 18, 2018)
"What Europe Can Teach the U.S. About Free Speech"

Russell A. Miller - Lecture at German Security and Intelligence Services Conference (Berlin, March 16, 2018)
(Sponsored by Federal Chancellery and Federal Interior Ministry)
"President Trump, or:  How I learned to Stop Worrying and Love the FBI"

Russell A. Miller - New Draft Article Posted at SSRN
"Liberation, Not Extortion: The Fate of Internet Ad-Blocking in German and American Law"

Russell A. Miller - New Article at the American Journal of Comparative Law [SSRN]
"On Hostility and Hospitality: Othering Pierre Legrand"

Russell A. Miller - JOTWEL Post
"Private No More: Exposing the Praxis of Comparative Law for What It Is"
Reviewing Ronald J. Krotoszynski's Privacy Revisited: A Global Perspective on the Right to Be Left Alone (2016)

Russell A. Miller - Lawfare / Hoover Books Podcast
"Privacy & Power: A Transatlantic Dialogue in the Shadow of the NSA-Affair"

Russell A. Miller - Verfassungsblog Post
"How to Kill an Idea: An American's Observations on the NPD Party-Ban Proceedings"