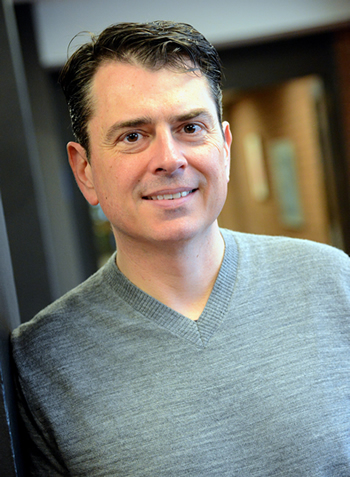 He is currently writing a book on why people informed on others to the secret police in Communist Czechoslovakia. This book, co-authored with Professor Barbora Holá (former Scholar-in-Residence at W and L) is to be published in 2023 by Oxford University Press. It builds on their prior published work on collaboration in repressive times. Professor Drumbl is working on a project with Professor Caroline Fournet (University of Exeter) on the aesthetics and visualities - what does it ‘look' and ‘sound' like -- when elderly defendants are prosecuted for atrocity crimes committed long ago. This has led to their convening a double journal symposium on the topic, as well as a major international conference (in October 2022) in the United Kingdom which will lead to a book publication. Together with Jastine Barrett (Visiting Scholar at W and L) and Christelle Molima (post-doc at W and L), and two other organizers from Switzerland and the DR Congo, Professor Drumbl is organizing a conference on children implicated in violent situations (to be held at W and L in April 2023). In addition, he co-authored an amicus curiae brief to the International Criminal Court in the Ongwen case and was a member of the International Law Association Committee on Positive Complementarity which delivered its report in June 2022.

In 2018 and 2017, he published articles on Raphael Lemkin and the codification of the crime of genocide; on film and post-conflict justice; detailed commentaries on child soldiers and the Convention on the Rights of the Child and the Optional Protocol on Children in Armed conflict (co-authored with John Tobin, University of Melbourne); on the sentencing aspects of the proposed African Court of Justice and Human and Peoples' Rights; on impunity; 'collaborator' trials held in Israel following World War II; the release of war crimes convicts by international criminal tribunals; and destruction and preservation of cultural property. In 2016, Professor Drumbl published articles that examine: (1) how U.S. judges rely on international materials in Alien Tort Statute litigation, (2) how law should approach victims who victimize others in periods of atrocity, (3) historical work that unpacks the contributions of the Supreme National Tribunal of Poland to the development of international criminal law, and (4) transnational justice.

Professor Drumbl's articles have appeared in the NYU, Michigan, Northwestern, George Washington, Tulane, and North Carolina law reviews, a number of peer-review journals, including Human Rights Quarterly, with shorter pieces in the American Journal of International Law and many other periodicals. Professor Drumbl also has authored chapters in edited volumes. He is a frequent presenter at academic symposia, conferences, invited endowed lectures, and workshops. His article Collective Violence and Individual Punishment: The Criminality of Mass Atrocity, 99 Nw. U. L. Rev. 539 (2005) received the Association of American Law Schools Outstanding Scholarly Papers Prize. His work on Rwanda has been reviewed as "exemplary" in its treatment of "the possibilities of the coexistence of victims and survivors within the same society after the event" by the Times Literary Supplement in its Learned Journals review.

Prior to entering law teaching, Professor Drumbl was judicial clerk to Justice Frank Iacobucci of the Supreme Court of Canada. His practice experience includes international arbitration, commercial litigation, and he was appointed co-counsel for the Canadian Chief-of-Defense-Staff before the Royal Commission investigating military wrongdoing in the UN Somalia Mission. In 2012, he was appointed to the Global Engagement Advisory Committee of the Association of American law Schools. Professor Drumbl has served as an expert in ATCA litigation in the U.S. federal courts (expert for the successful plaintiffs in Almog v. Arab Bank, 2007 WL 214433 (E.D.N.Y., 2007)) and in U.S. immigration court, as defense counsel in the Rwandan genocide trials, has consulted with various organizations, has taught international law in nealry two dozen countries, and is a frequent external examiner on PhD theses defended in Europe, North America, and Australia. Prior to joining Washington and Lee, he served on the faculties of Columbia University, School of Law, as Associate-in-Law, and the University of Arkansas-Little Rock.

Women as Perpetrators: Agency and Authority in Genocidal Rwanda (Mark A. Drumbl and Nicole Hogg) Genocide and Gender in the Twentieth Century: A Comparative Survey (2014)

"Germans are the Lords and Poles are the Servants": The Trial of Arthur Greiser in Poland, 1946 (Mark A. Drumbl) Untold Stories: Hidden Histories of War Crimes Trials (2013)

Mark Drumbl, ‘The International Criminal Court and Cultural Property: What is the Crime?', chapter 7 in The Preservation of Art and Culture in Times of War (OUP, 2022, Finkelstein, Gillman and Rosen, eds)

Submission of Amicus Curiae Observations on the Merits of the Legal Questions Presented in the "Order Inviting Expressions of Interest as Amici Curiae in Judicial Proceedings (Pursuant to Rule 103 of the Rules of Procedure and Evidence)" of 25 Oct. 2021, Prosecutor v. Dominic Ongwen, ICC-02/04-01/15A (filed Dec. 23, 2021).

Mark Drumbl & Solange Mouthaan, "A Hussy Who Rode on Horseback in Sexy Underwear in Front of the Prisoners": The Trials of Buchenwald's Ilse Koch, 21 Int'l Crim. L. Rev. 280 (2021).

Mark A Drumbl, From Timbuktu to The Hague and Beyond: The War Crime of Intentionally Attacking Cultural Property, 17 J. of Int'l Crim. Just. 77 (2019)

Mark Drumbl & John Tobin, Article 38: The Rights of Children in Armed Conflict, in The UN Convention on the Rights of the Child: A Commentary (John Tobin ed., Oxford Univ. Press 2019)

Mark Drumbl & John Tobin, The Optional Protocol on Children and Armed Conflict, in The UN Convention on the Rights of the Child: A Commentary (John Tobin ed., Oxford Univ. Press 2019)

BBC Radio - A History of Hate

Lecture on ICTR and Domestic Courts

Drumbl on Kony 2012 and Child Soliders